This year, the baseball season began a bit early for hardcore fans and folks around the world with the World Baseball Classic. I wrote about it a little bit at the time, and am a recently-converted lover of the tradition now.

But recently, with the struggles of the Mariners due to injuries and among the league, I began to wonder if perhaps it’s taken a toll on players. Our own closer, Edwin Diaz has not been himself, losing his control and his spot in the bullpen for a time. Yet he was heavily involved in the WBC and incredibly effective.

Was there an impact on players, (especially pitchers) by getting involved in the WBC? Drew Smyly has yet to throw in a Mariners uniform and the King has been injured as well. There’s dozens of similar situations across the MLB.

Using the handy site ProSportsTransactions.com, I got curious and pulled up the number of disabled list transactions league-wide from April 3rd(to avoid the initial transactions on opening day) through May 30th. In 2016, there were 319 of these transactions. This year, 384 transactions have happened. Is it a small bump, or is it statistically relevant? Will the slide continue as the year progresses? There is also the argument that the bump is due to the new 10 day DL available to teams, they’re more willing to use the DL for players.

A potential issue is that pitchers have a very deliberate and set routine while working up their arms and getting ready for the season. There’s a reason Spring Training exists, and its length being a full month. Pitchers in the WBC started that work-up earlier than normal, and as a result either didn’t receive a full offseason to recover, or didn’t get time for the full workup before the season began.

So if the WBC is the culprit, what’s the solution? A longer all-star break has been discussed, but injury concerns would still exist, and there isn’t enough time to fit the full bracket in that week.

The popular solution among the staff here at SSU, and my personal favorite: Hold the WBC after the World Series. Maybe even some of the preliminary games during the postseason, with players whose teams didn’t make it to the postseason. When the Series ends, if those players want to join in, they can. It would extend the season by 2-3 weeks at most, and is after the season so teams won’t worry as much about injuries.

It also provides a fun postseason for players who are stuck on teams like the Seattle Mariners and who don’t get to visit the postseason. So if I had any say whatsoever, I’d be exploring that idea for the MLB 4 years from now.

Notes around the league: 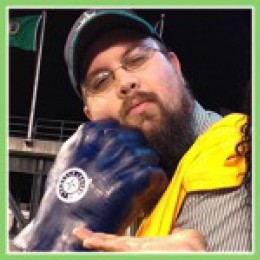